Even before it was drained mostly dry, the Owens Lake was exploited by entities both public and private for the riches it had to give up, and for its ability to transport materials mined from the Inyo Mountains that rise from its eastern shore.  As this project goes forward, I’ll look at the ways the lake has been used–and as a result almost ruined.  These photos give just a taste of what that exploitation has wrought.  Read more about the project here. 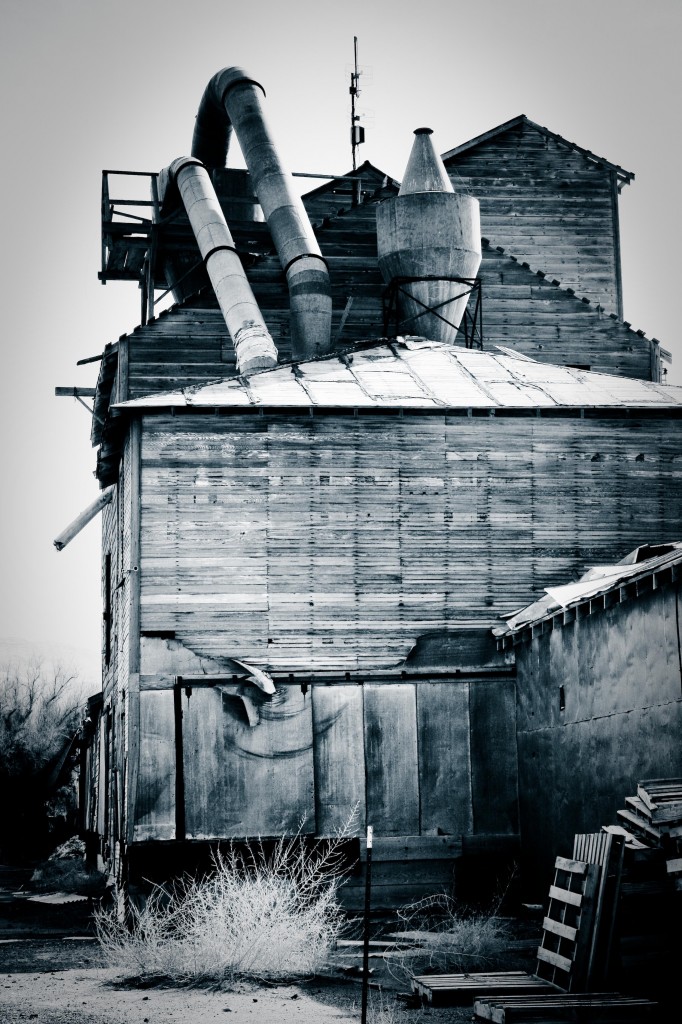 An abandoned talc mill in Keeler was onced used to process the mineral mined from the mountains to the east. 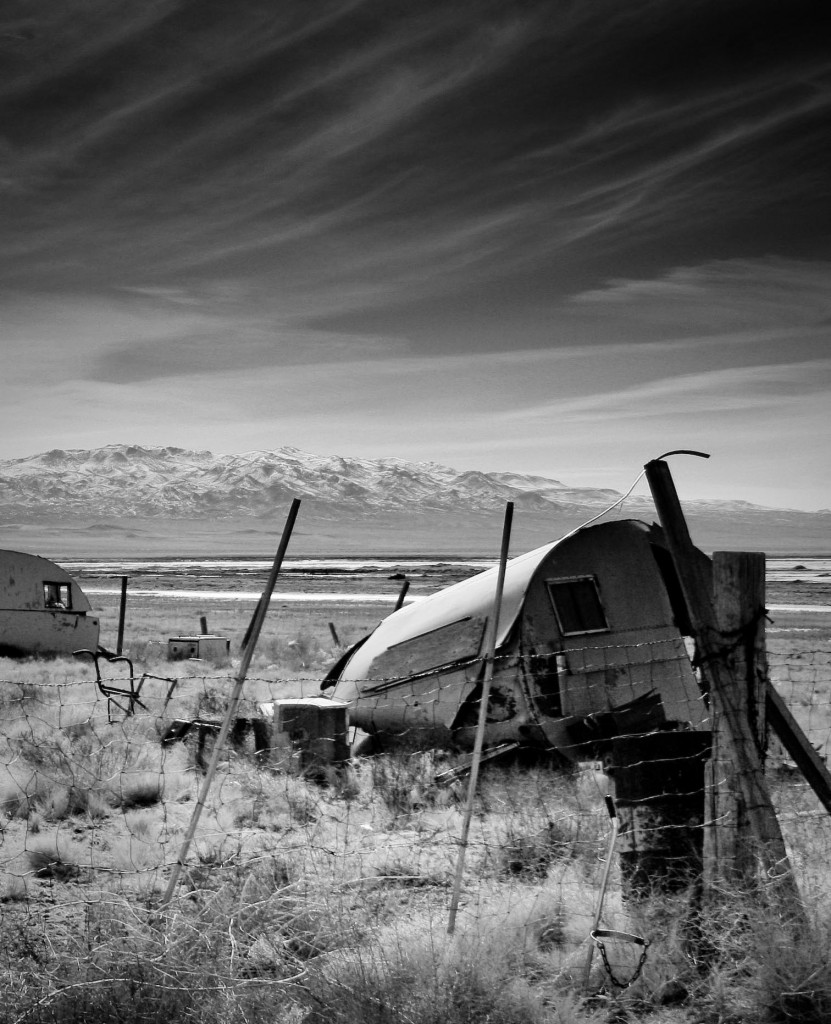 When the lake dried up and companies abandoned their operations there, towns like Keeler began to die. Only a few residents remain in this almost-ghost town. 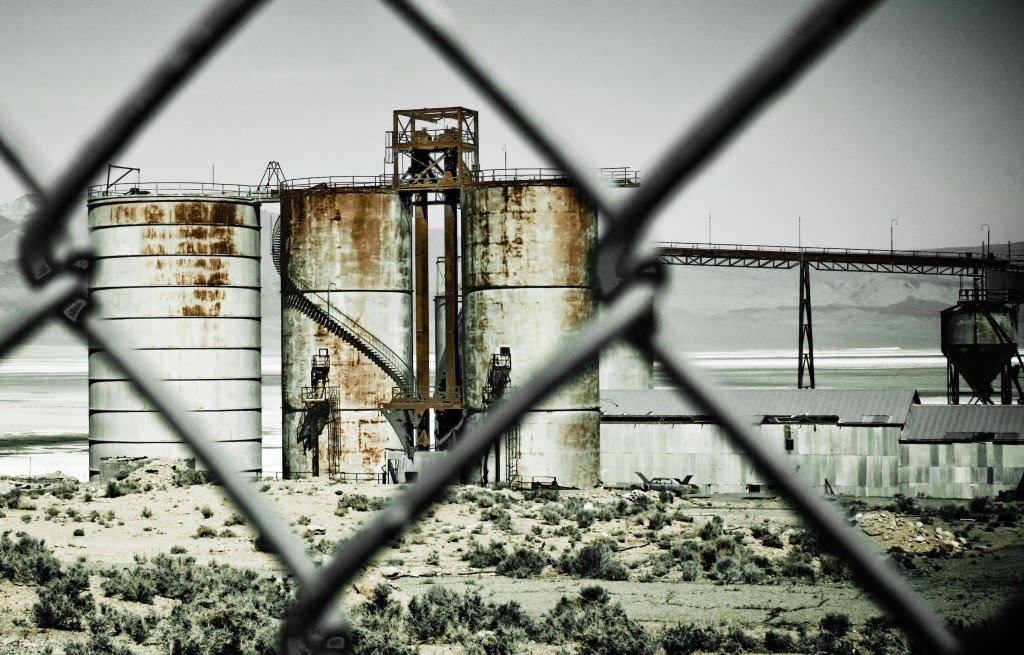 The old Pittsburgh Plate Glass facility, which mined minerals from the lake, has been abandoned for decades, slowly decaying on the lake's western shore. 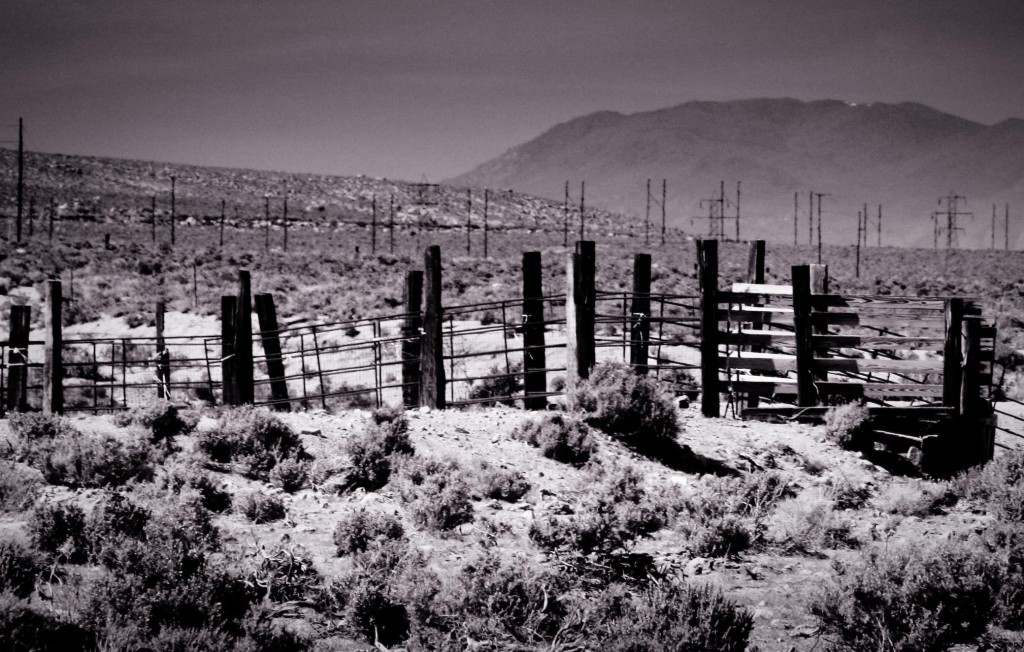 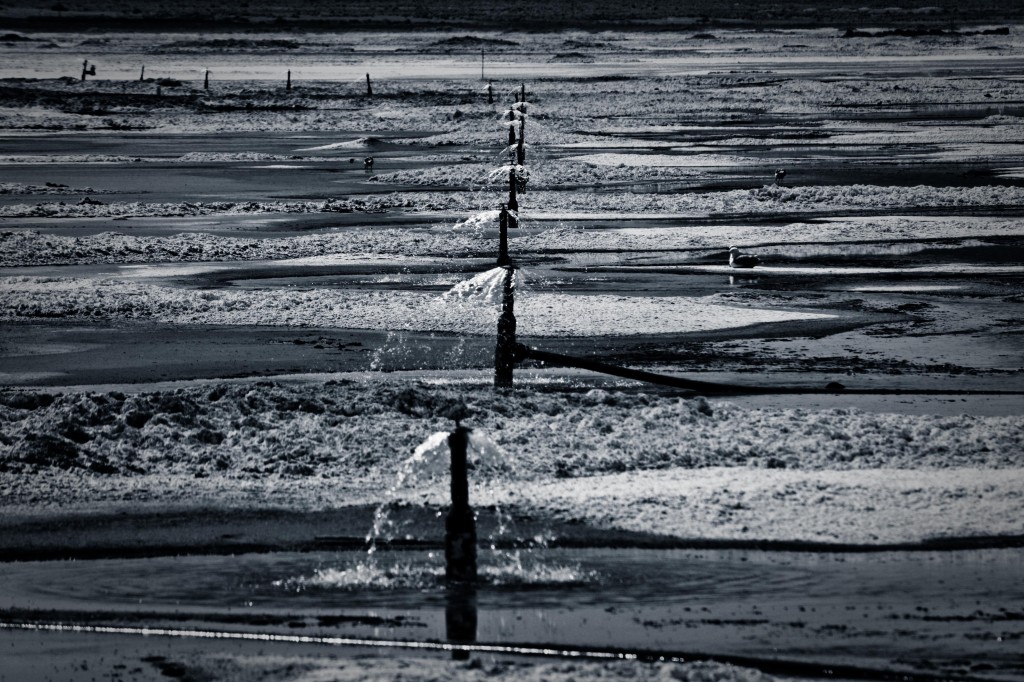 The lakebed itself is a checkerboard of bubblers and grids, all part of LADWP's efforts to control blowing dust. 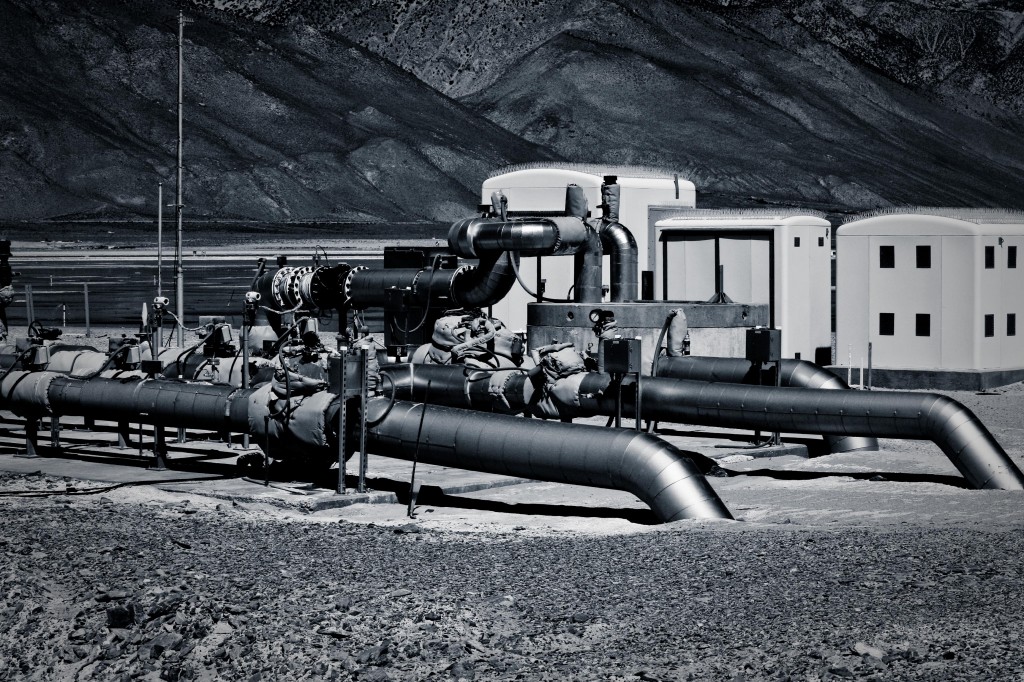 The grids on the lakebed are controlled by an elaborate network of pipes and pumping stations. 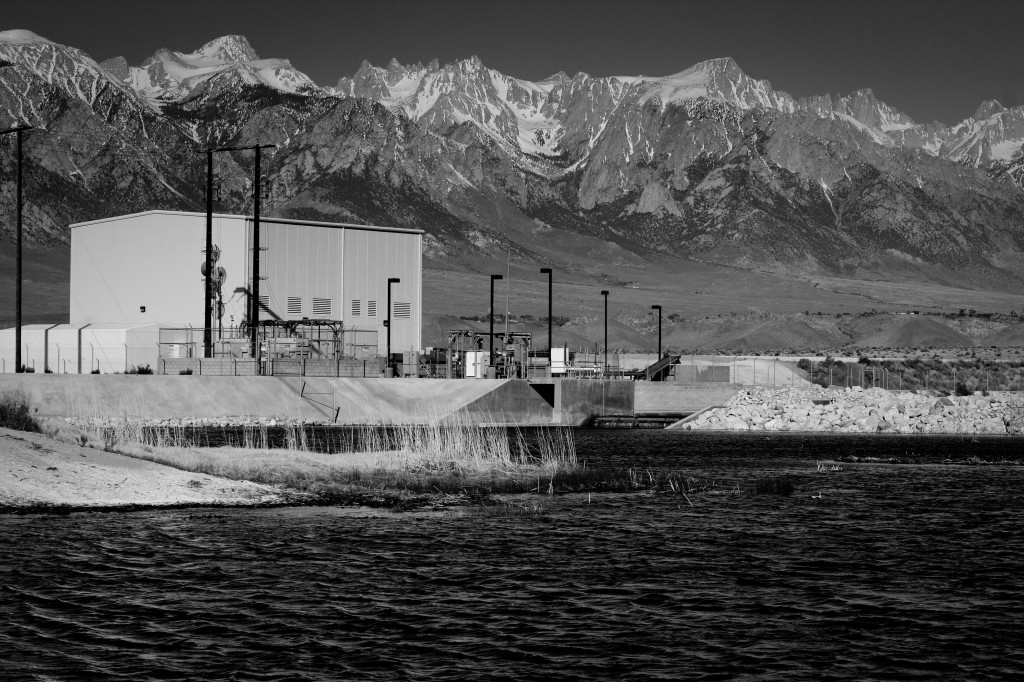 And lest one drop too many make its way from the river to the lake, LADWP uses a pumping station at the river's end to pull "excess" water back into the Los Angeles Aqueduct.