The Owens Lake at a distance–the only way most people ever see the lake–appears to be a wasteland, a dead and dusty plateau.  But even before restoration efforts began, the lake supported life at its fringes around the few areas still fed by springs and artesian wells.  And now that the LADWP has begun rewatering the lower Owens River and expanding shallow flooding in the lakebed, life has rushed back in with astonishing speed, giving just a hint of what the lake could look like with further restoration and reminding us all what was lost when the Owens was drained dry.  Read more about my project here. 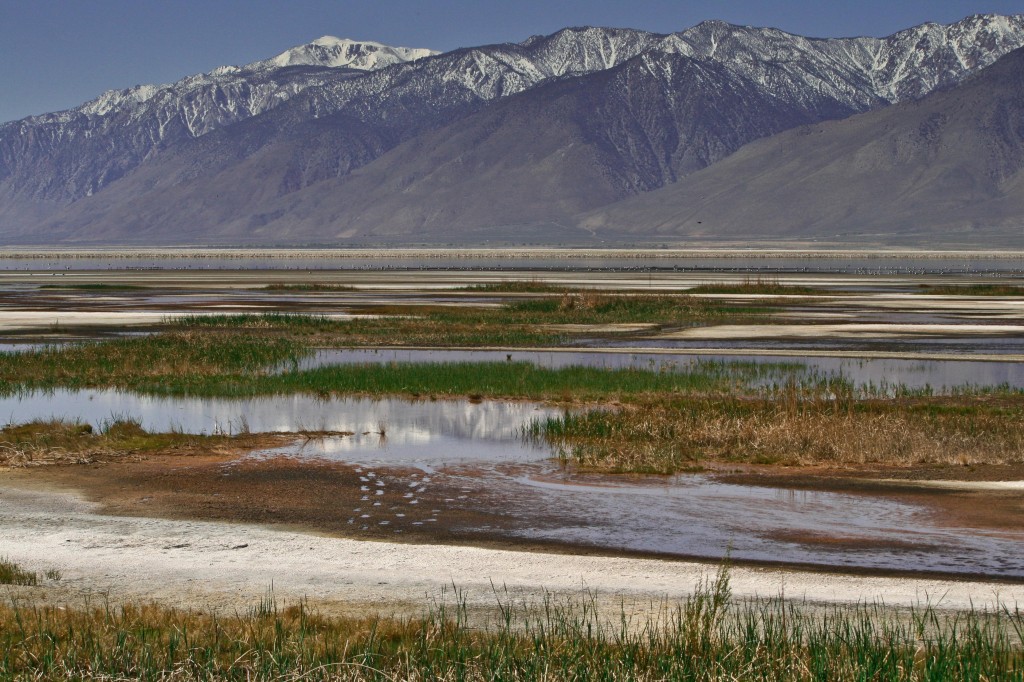 Portions of the lake have been separated into grids, several of which have carefully maintained shallow flooding and are planted to native saltgrass. 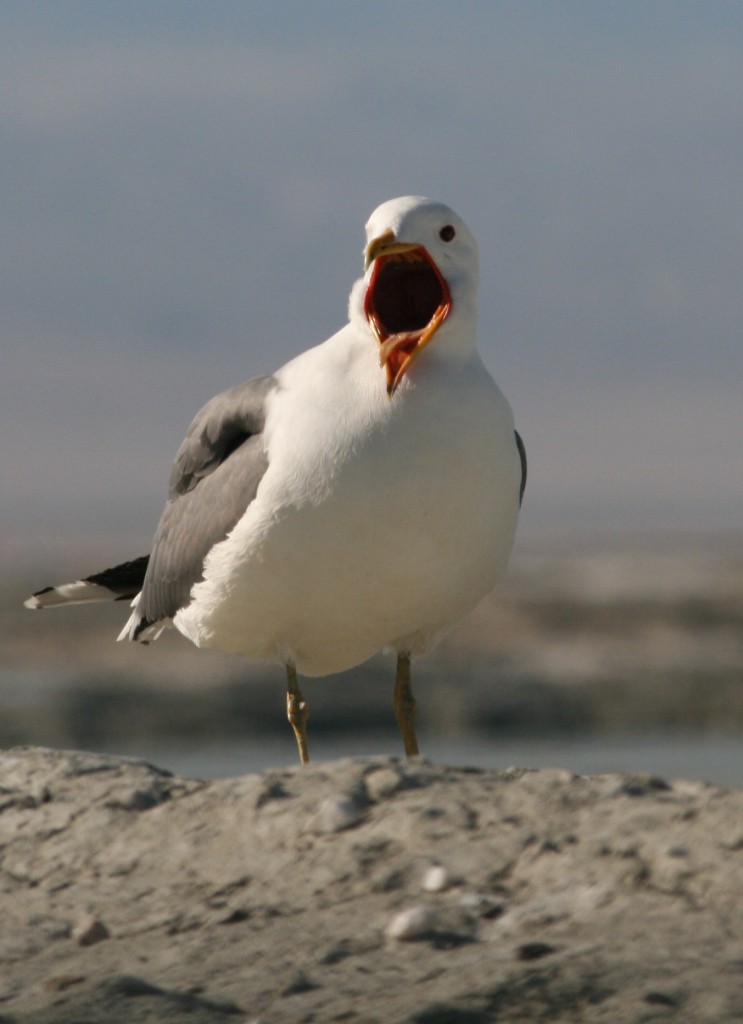 The lake's most populous bird species is the California Gull, present year-round at the lake but most numerous in spring and fall. 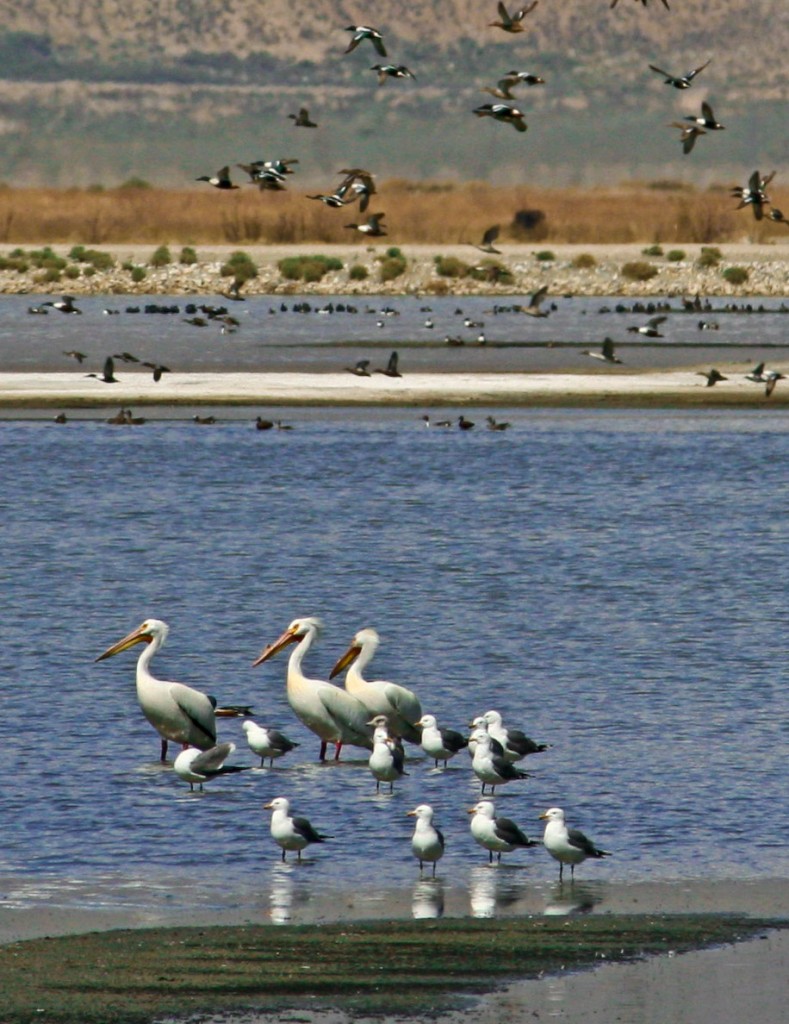 Several species including the American White Pelican stop at the Owens Lake as part of their annual migration. 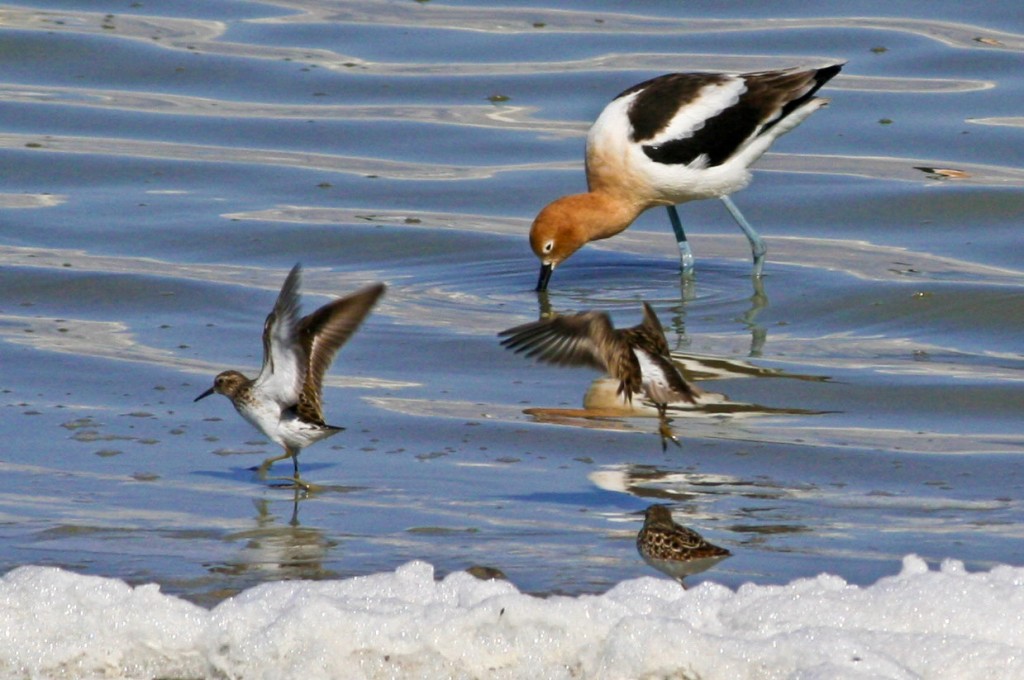 The American Avocet and Least Sandpiper are found in significant numbers on the lake. 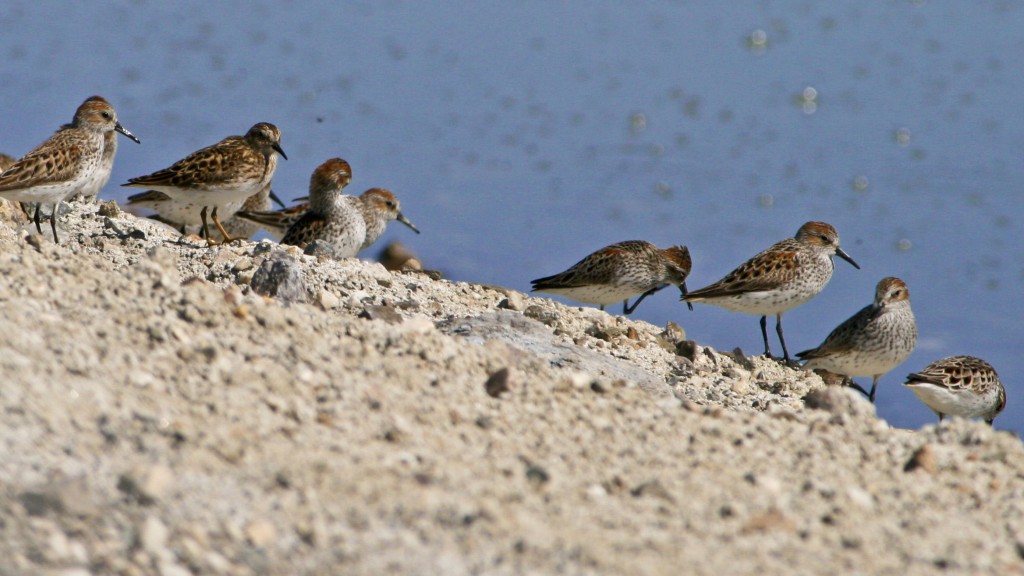 Both the Least Sandpiper and the Western Sandpiper use the Owens Lake as a stopover on their way to breeding grounds in the north. 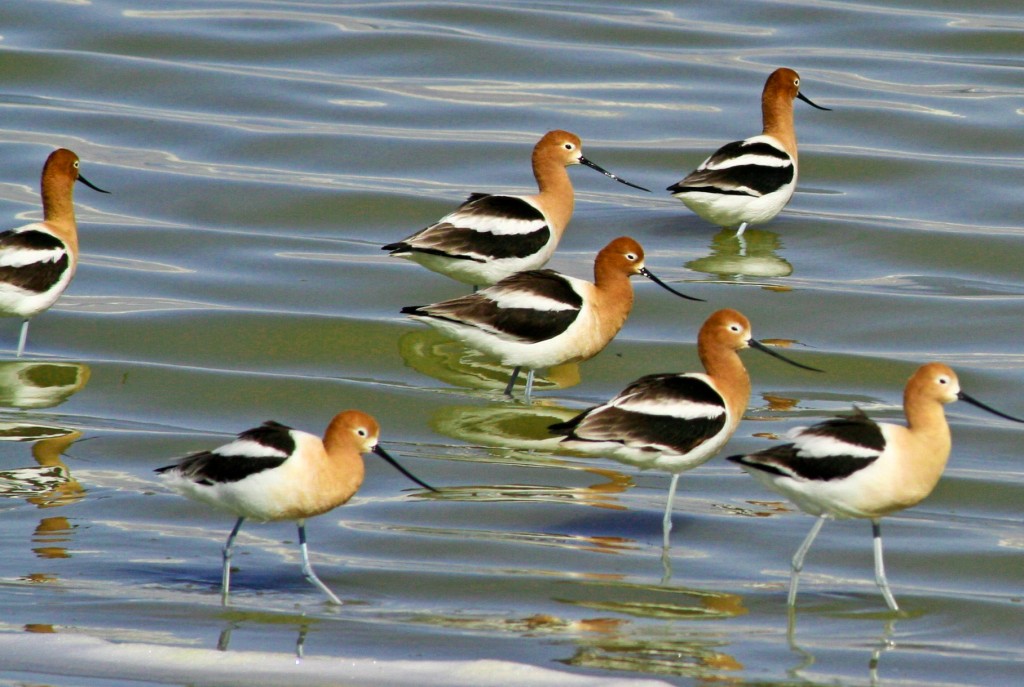 The breeding plumage of the American Avocet is intensely striking. 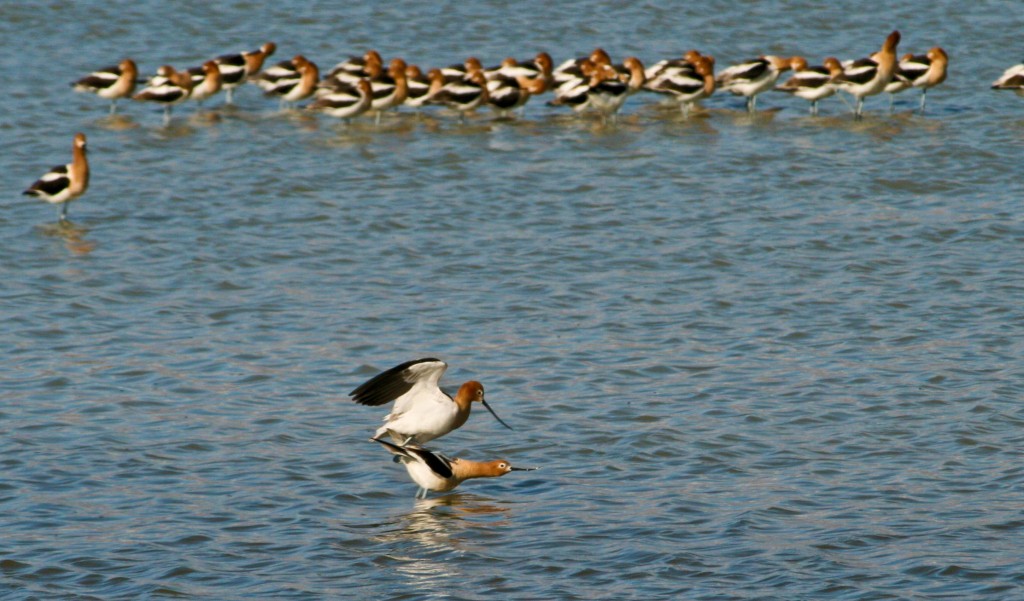 A pair of American Avocets mate in one of the shallowly flooded grids in the Owens Lake.

Brine flies breed in vast numbers along the edges of the highly alkaline water on Owens Lake, and serve as a major food source for several species of bird. 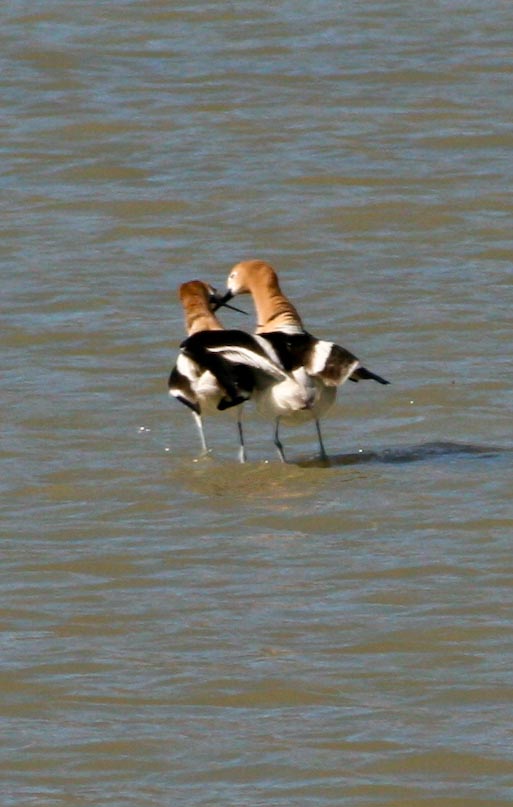 A pair of Avocets cross bills as part of their post-mating ritual. 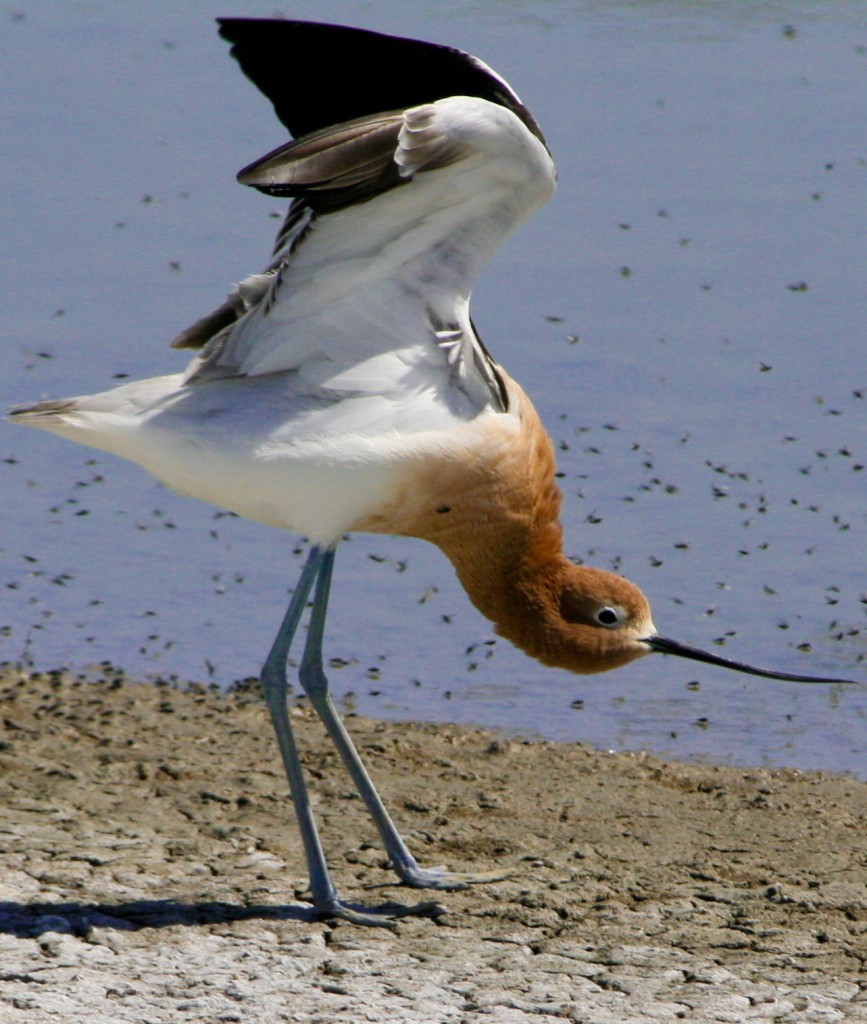 An American Avocet feeds on plentiful brine flies on the Owens Lake. 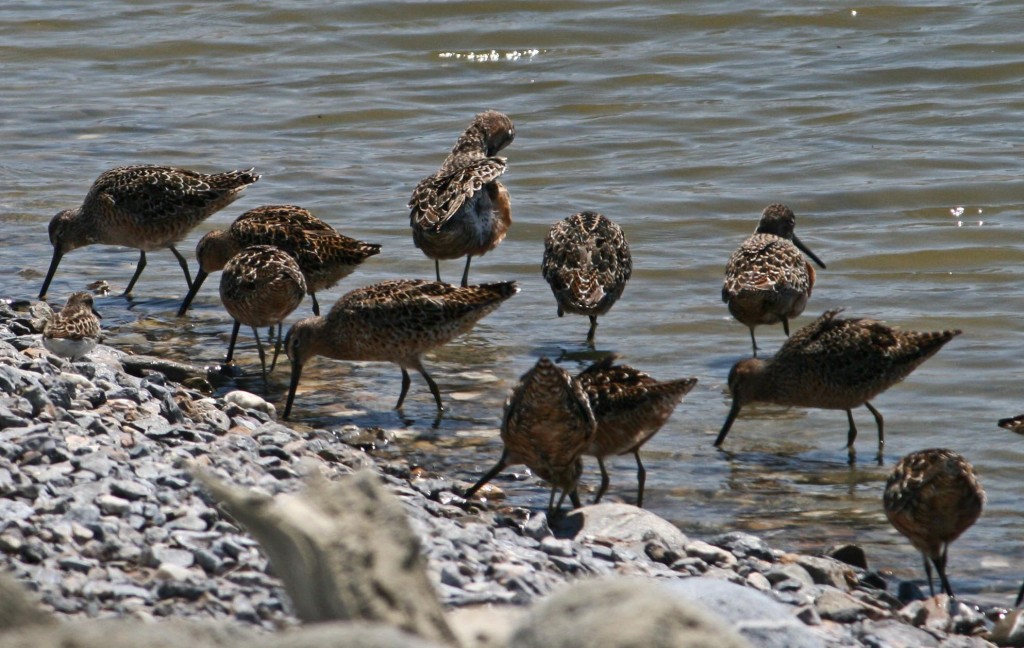 The Long-Billed Dowitcher is another migratory species that frequents the lake on its journey. 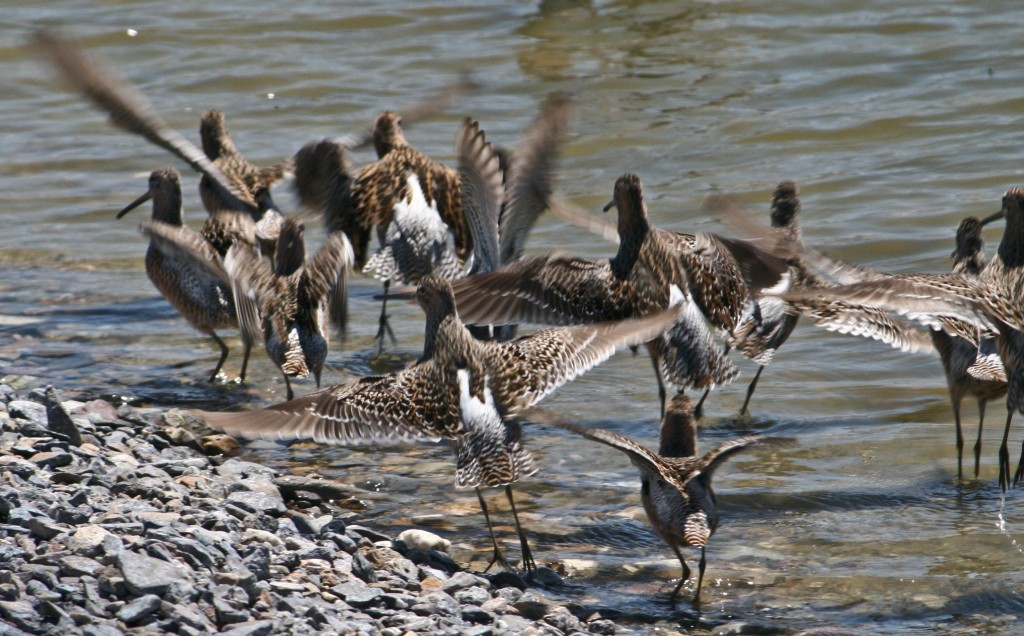 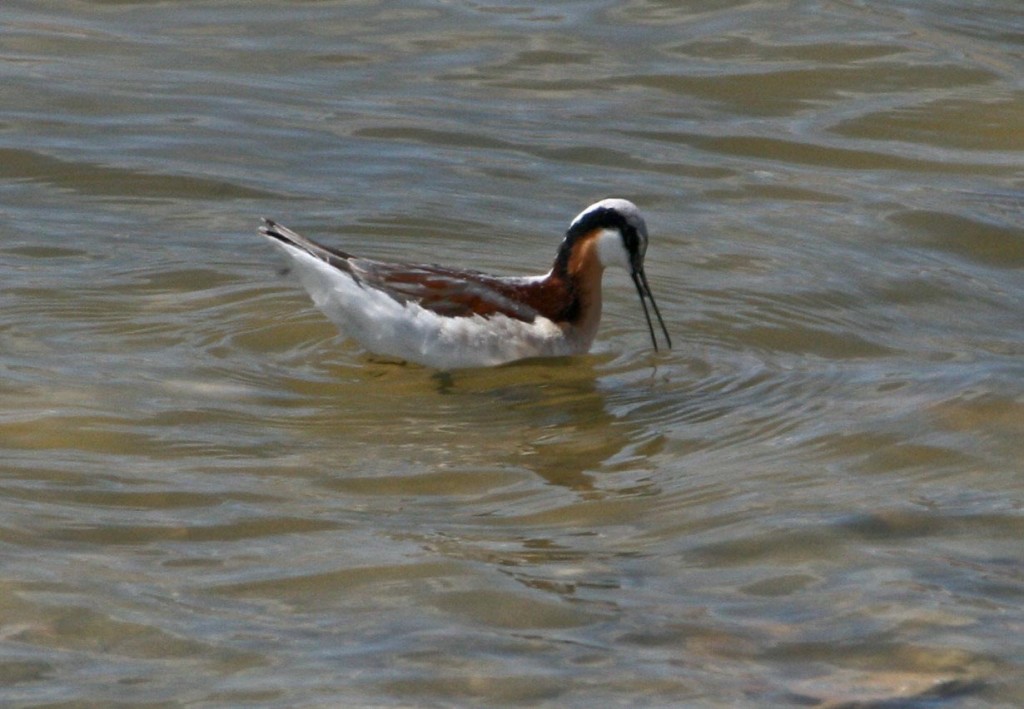 The Wilson's Phalarope is another shorebird seen at the lake. 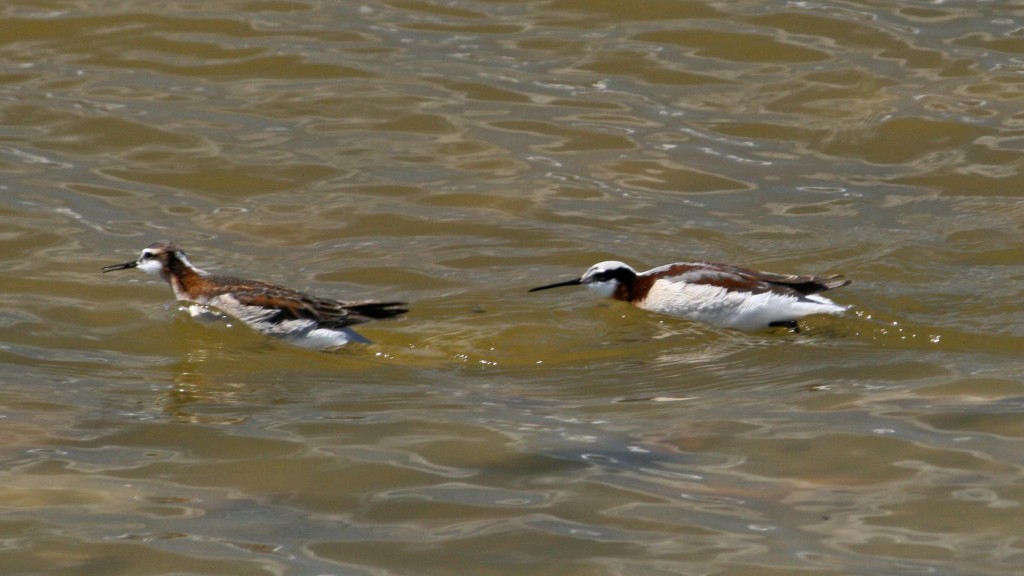 A Wilson's Phalarope shows his territorial side. 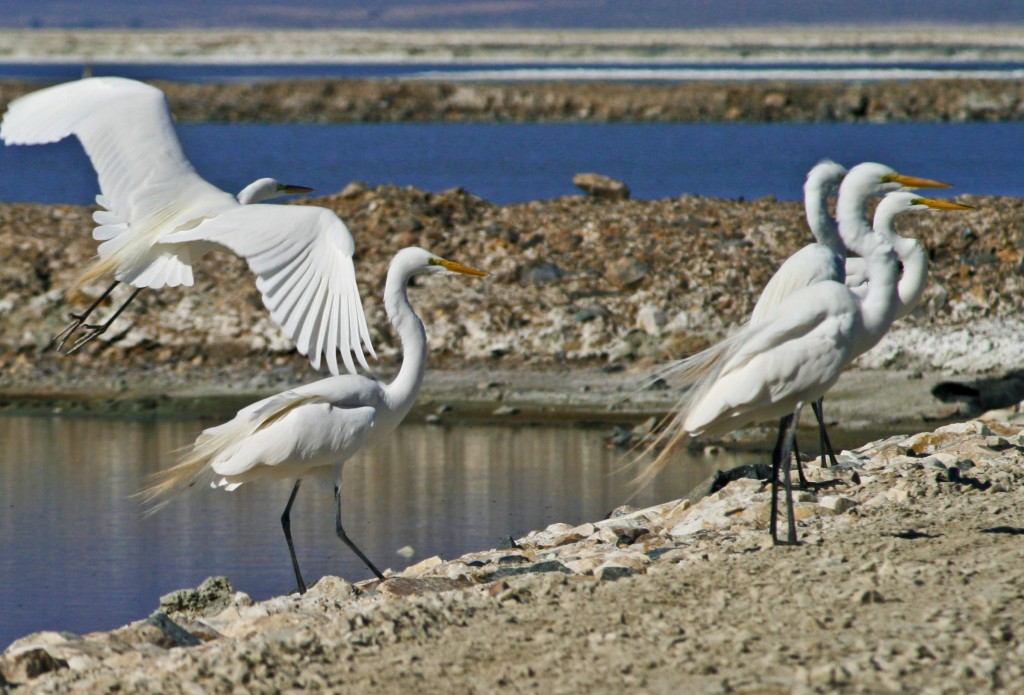 Great Egrets are one of several species of wading birds found on Owens Lake. 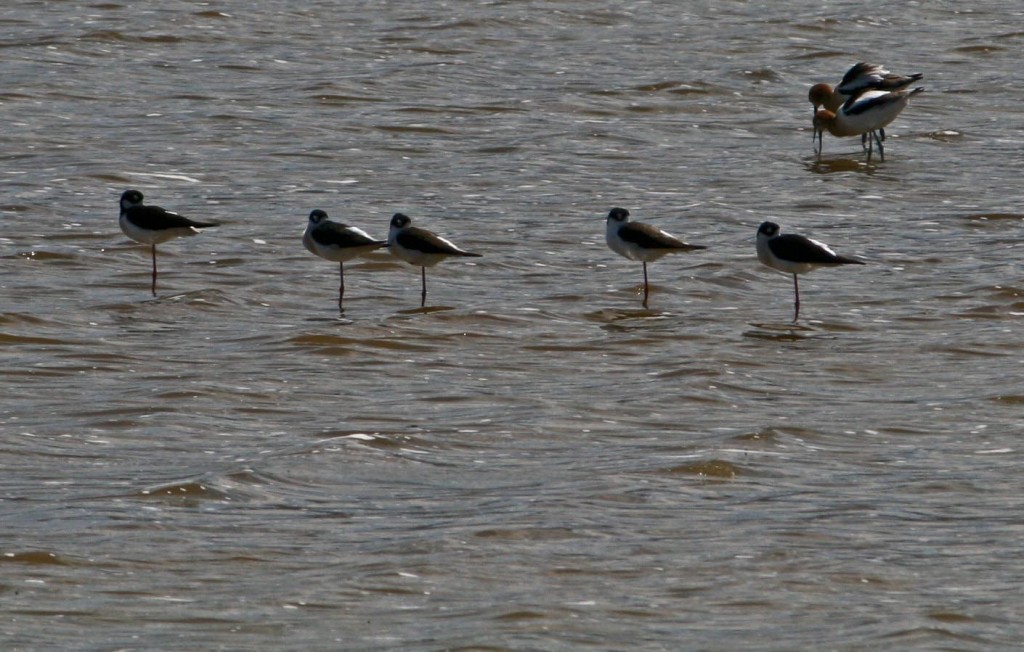 A cousin to the American Avocet, Black-Necked Stilts also frequent the lake. 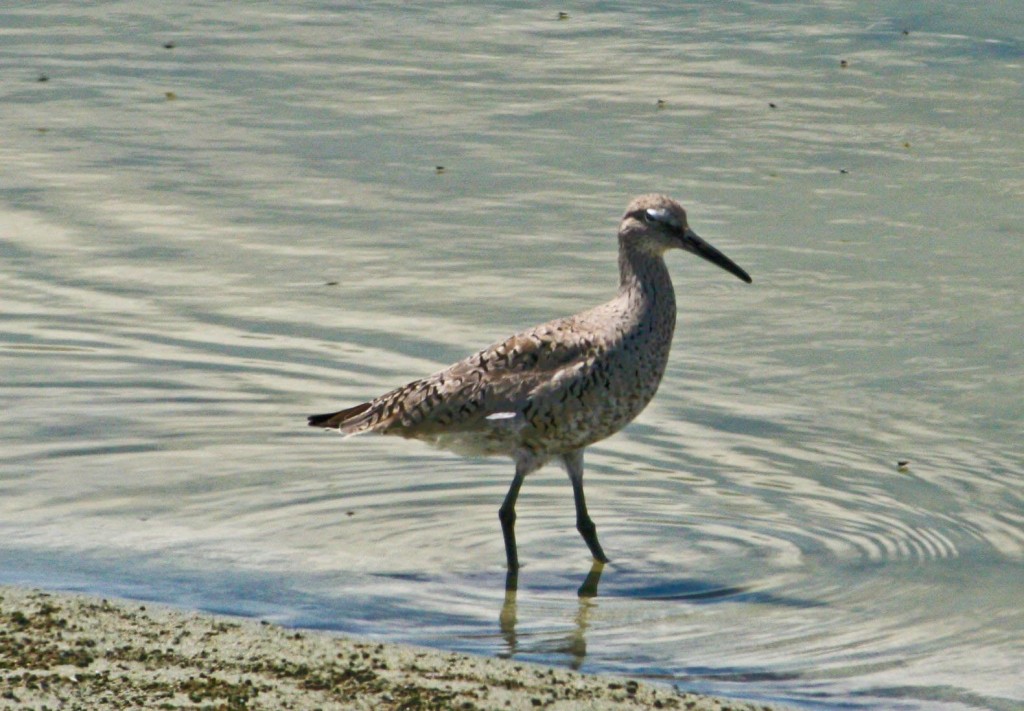 The Willet, a large shorebird, also frequents the lake. 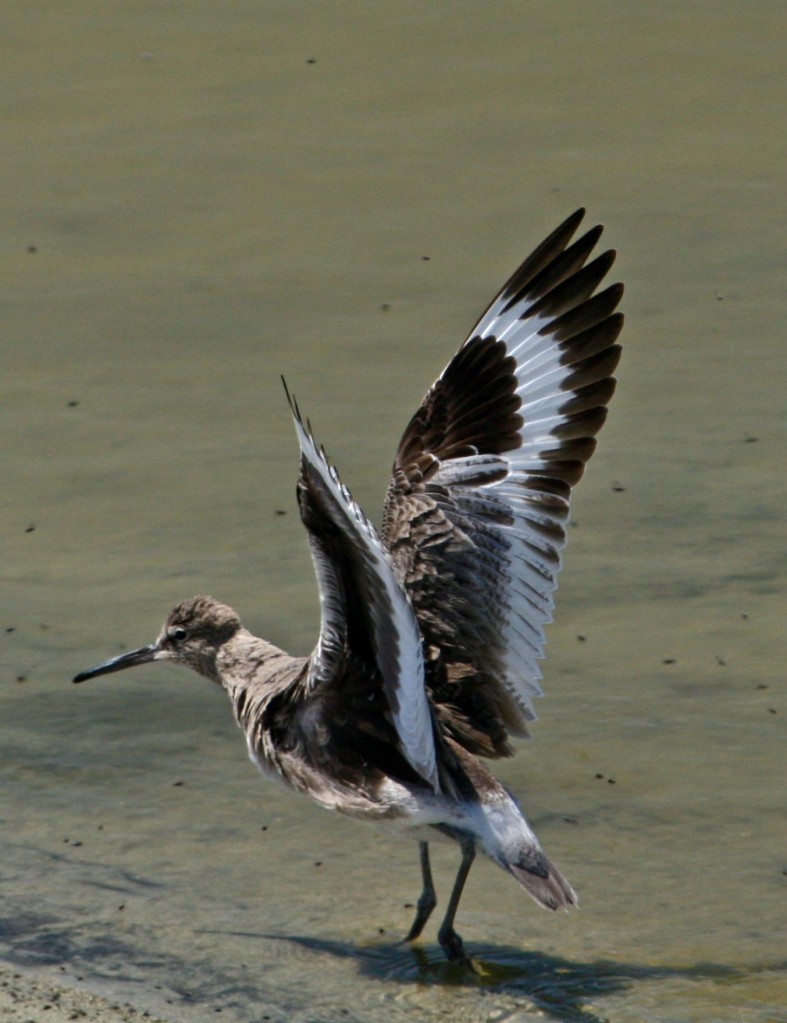 One of the Willet's distinctive markings is the dramatic black and white pattern on its wings. 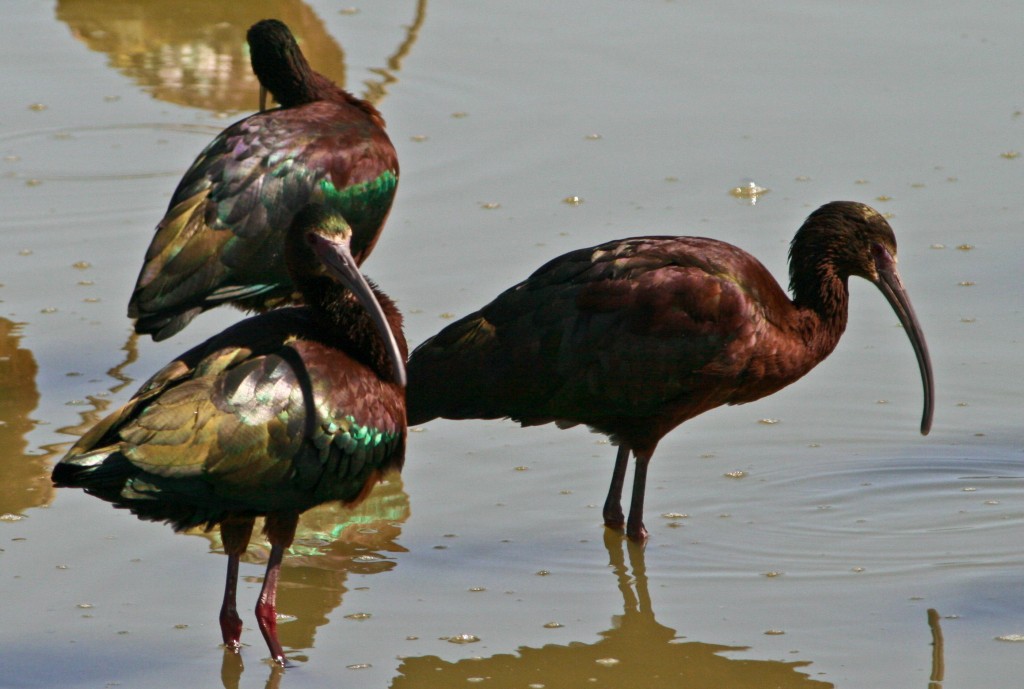 The White-Faced Ibis is another wading species found at the lake. 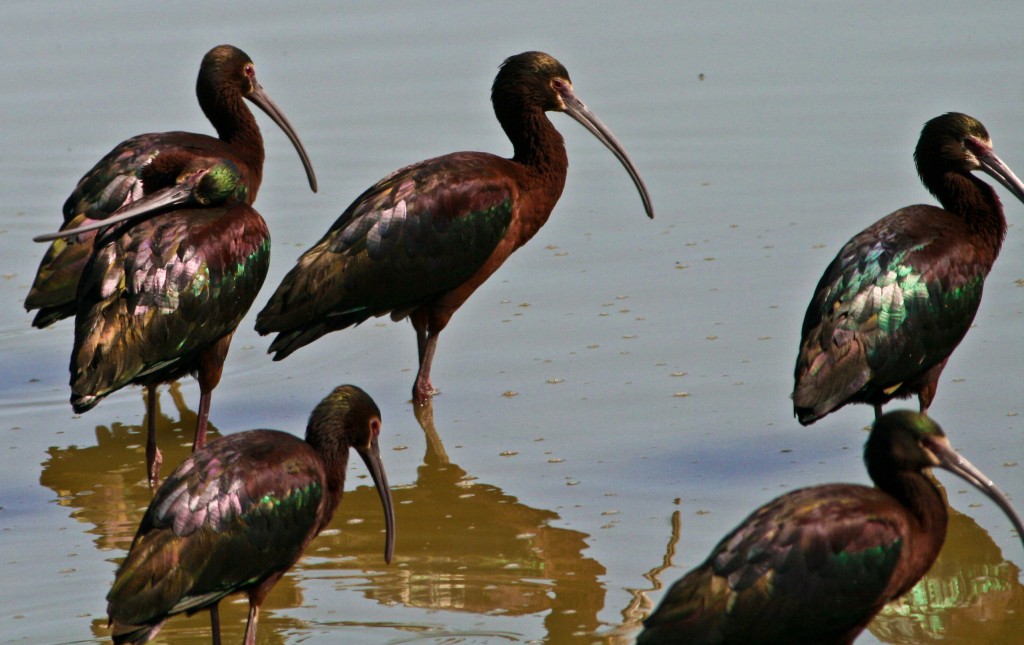 As with several other species, the White-Faced Ibis displays brighter plumage during breeding season. 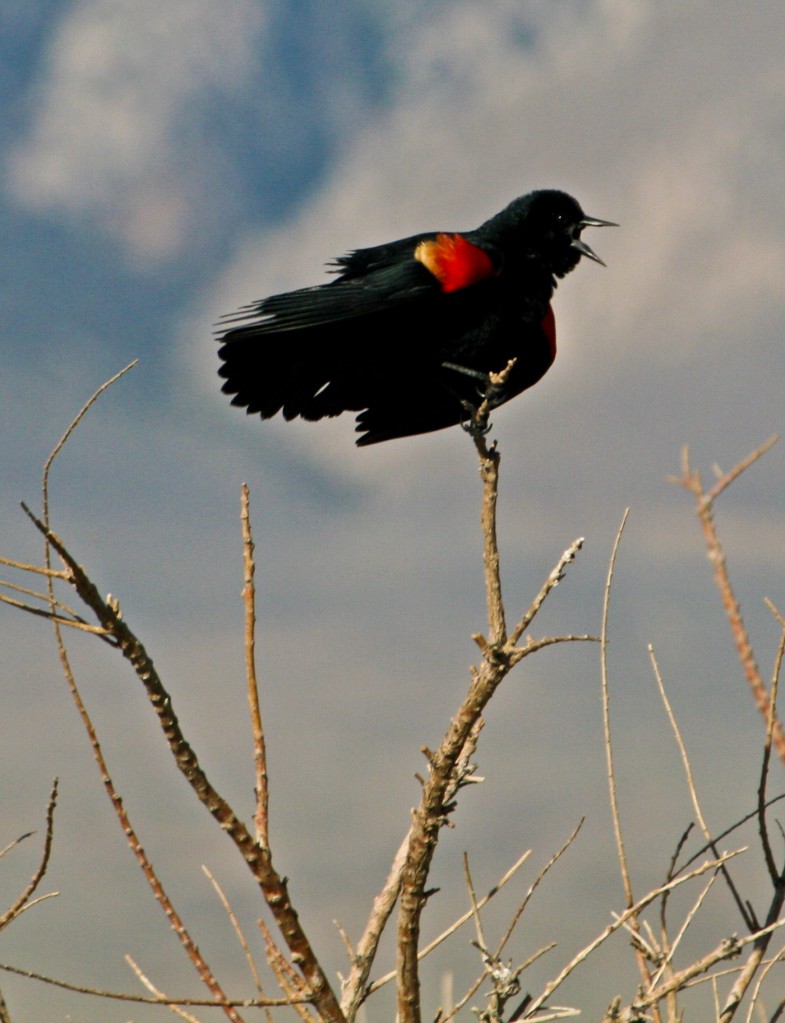 The lake also supports many species of bird common to marshes and grassy fields, such as the Red-Winged Blackbird . . . 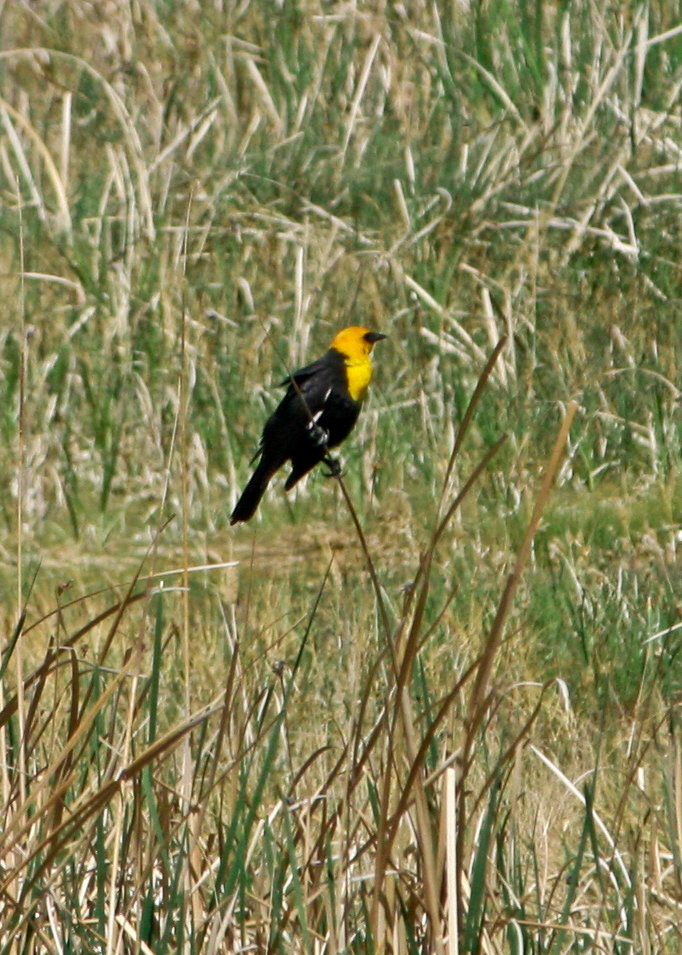 . . . and the equally colorful Yellow-Headed Blackbird. 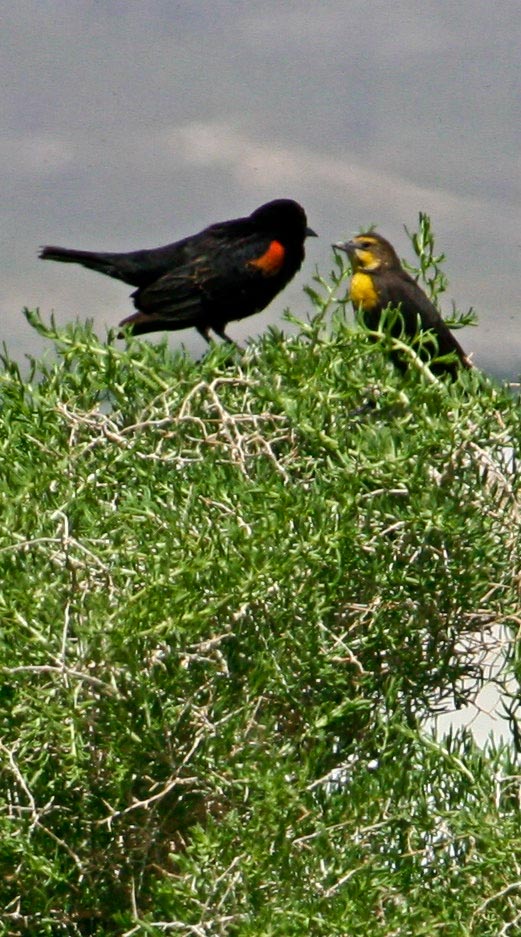 A Red-Winged Blackbird and Yellow-Headed Blackbird face off in the marsh at Dirty Socks hot springs on the south end of the lake. 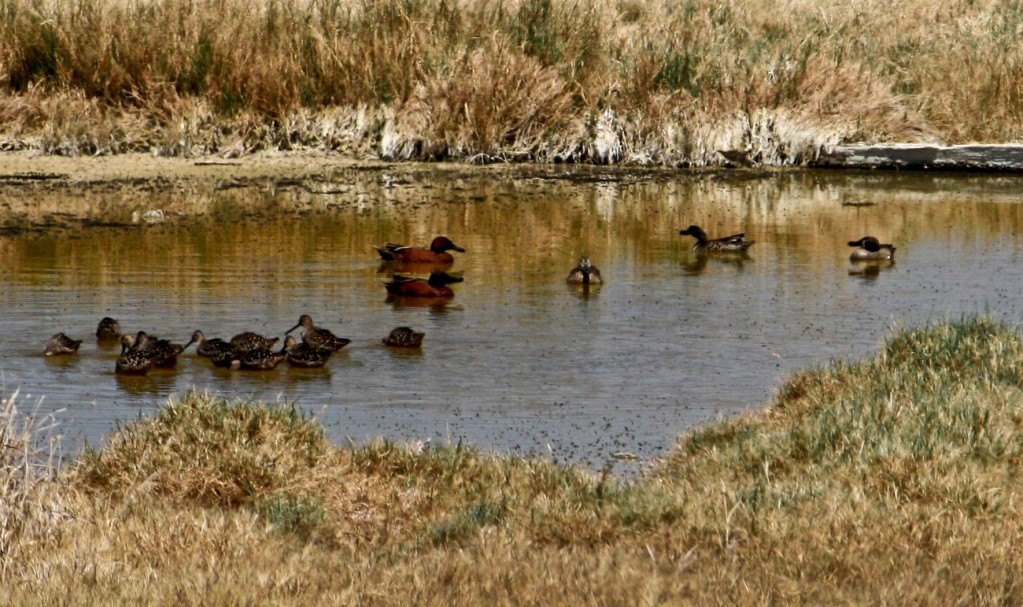 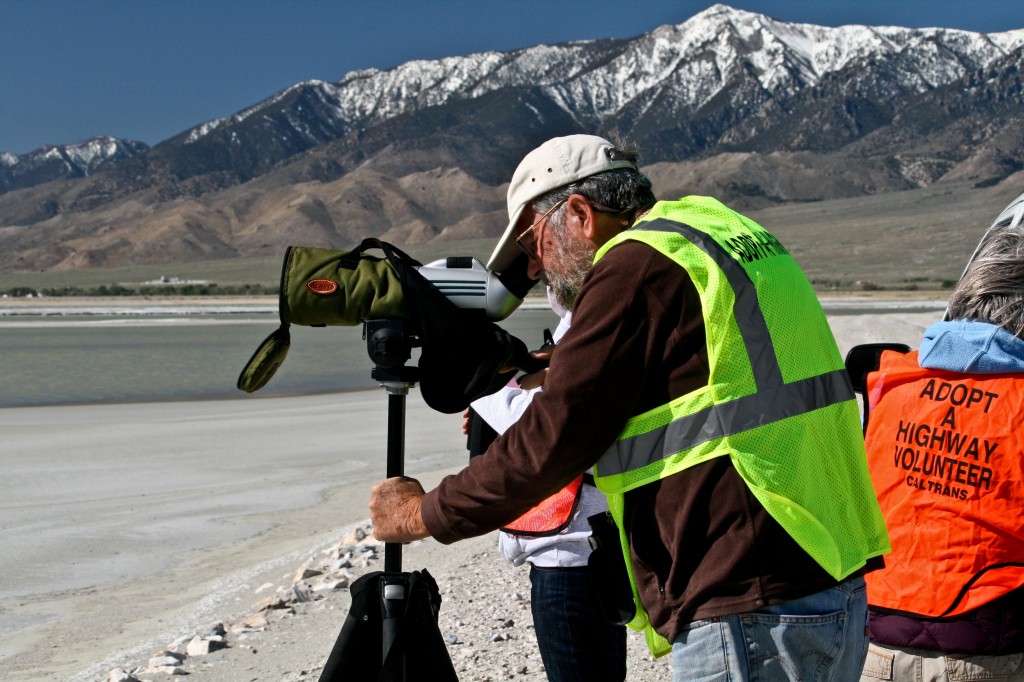 Mike Prather of Eastern Sierra Audubon leads the activities at the annual bird count at the lake. This year more than 39,000 birds spanning 64 species were observed on the lake on a single day.

These photos show bird species that are at the lake early in the breeding season, and the variety of life there continues to increase as spring progresses.