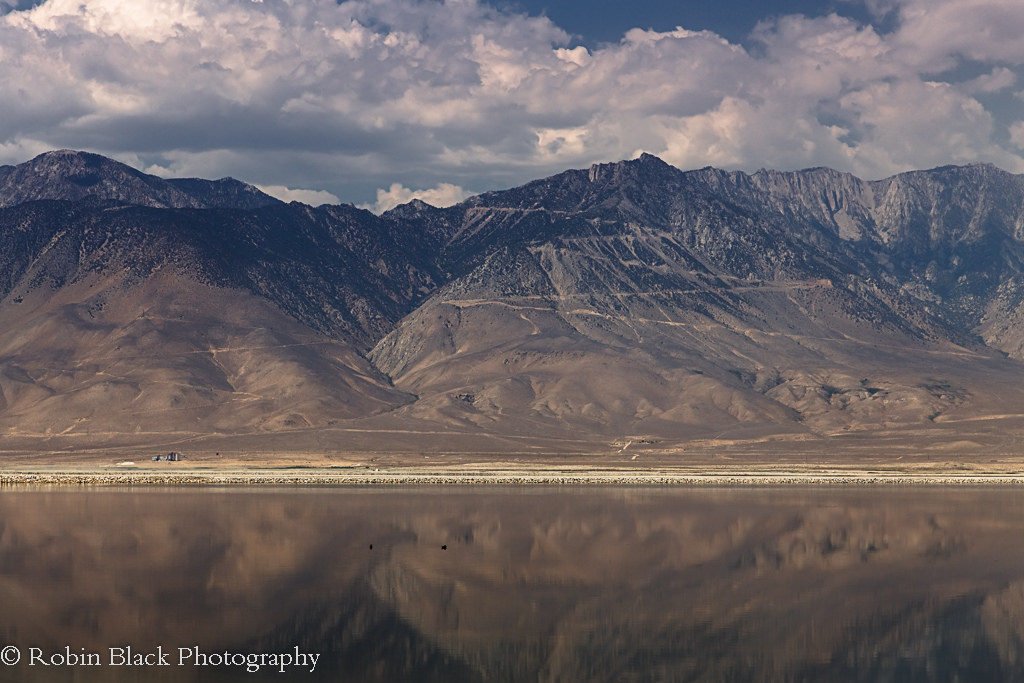 No, really–it is.  Most who have just a passing familiarity with the lake think of it as a bone-dry lakebed in the Eastern Sierra, devoid of life and water, and little more than a post-apocalyptic wasteland.  Recent photography projects on the lake don’t help much in that regard, such as David Maisel’s Lake Project–which is a stunningly beautiful photography series on the lake, but which leaves the viewer with the wrong impression that the lake is lifeless and beyond redemption.

In fact, Owens Lake has never been entirely dry.  Natural springs and seeps ring its western shore, and multiple aquifers lie just beneath the lakebed’s surface.  Those year-round water sources, along with the handful of shallowly flooded grids that LA’s Water and Power has constructed to help with dust mitigation, attract hundreds of thousands of birds every year along the Pacific Flyway.

How important is Owens Lake as bird habitat?  And what’s a “flyway?” 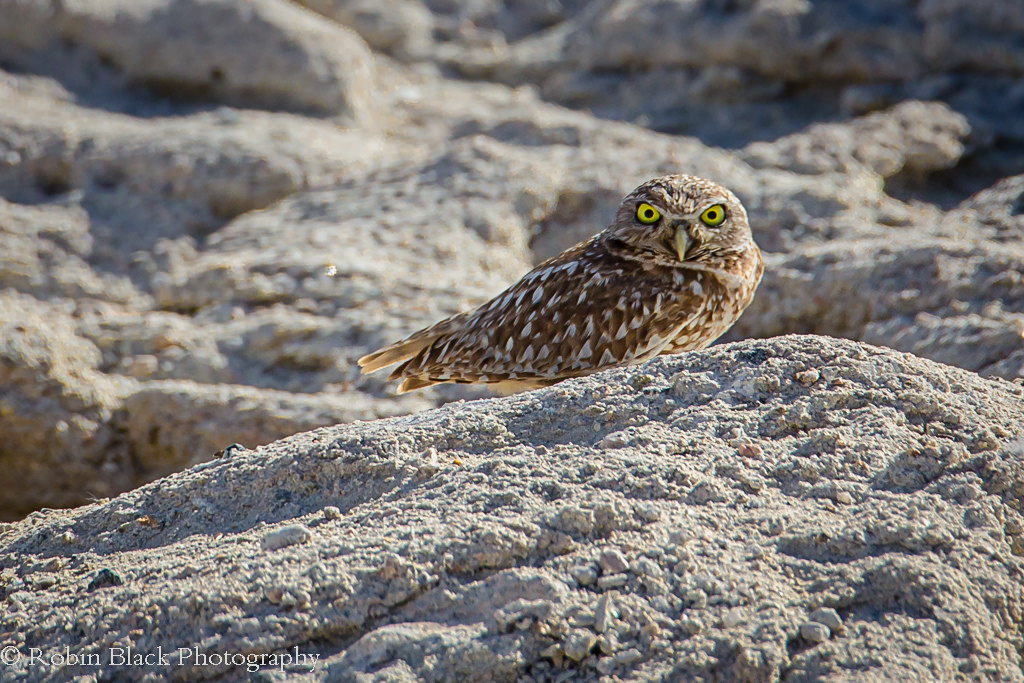 Important enough that the National Audubon Society has designated Owens Lake as an IBA–Important Bird Area, an area recognized as being globally important habitat for the conservation of bird populations.  Part of what makes the habitat there so critical is its location along the Pacific Flyway, one of four bird “super highways” that stretch north to south in the Americas.  Birds–especially waterfowl, shorebirds and wading birds–use the lake as a stopover in spring and fall as they migrate.  Several species of bird also use the lake as a breeding ground, including the critically threatened Snowy Plover.

And as with any location that brings in huge numbers of birds, there’s an ecological ripple effect–the habitat on and around the lake also supports other birds and wildlife as well.  You’ll find birds of prey including several species of raptor and owl–including this burrowing owl I photographed near one of the springs–reptiles, and mammals including the elusive desert kit fox and kangaroo rat.  The lake is alive with wildlife year round, and that is what needs more awareness and education–you cannot protect what you’re not aware of, and one of my goals in telling this story is to familiarize people with what a thriving environment Owens Lake is for birds and wildlife.

One of the things I hope to accomplish while spending the better part of a week at the lake this month at the height of spring migration is photographing some of the diverse life there–and I’m hoping that once people see that diversity at Owens Lake, they’ll become more invested in helping protect and preserve it.

One thought on “Hidden in plain sight: Owens Lake is a mecca for birds and wildlife”